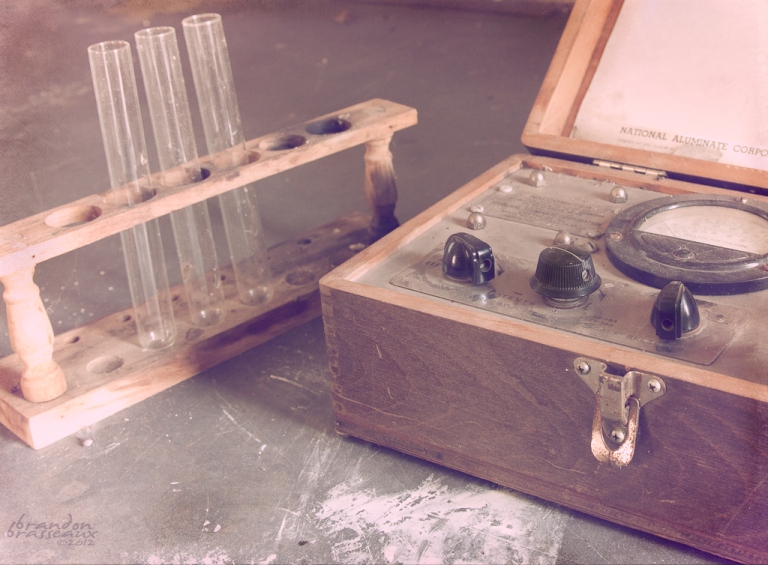 Almost missed Texture Thursday again (currently two minutes to midnight :)) Per title, the subject is a nalcometer found in the laboratory “room” at the waterworks. I use the word “room” lightly as it was small, round and was basically a space carved out at the bottom of a water tank. The laboratory housed gear for working with chlorination, and again, was one of the first cities using chlorine to help purify the water.

Hands down, my favorite part of this contraption were the chicken-head knobs which prompted me in post to work out a vintage toning. I did the toning in Photoshop primarily with a color balance adjustment layer, and then a few color fills thrown on top and blended as needed to get the toning. For retro looks, I usually stick to three color fills of magenta, green & orange and then blend between them until the tone is right. The color fills also flatten the contrast to add to the retro. I then added a slight “sidewalk” texture to the image but masked much of it out in the center.  Enjoy!